So last weekend I walked 6+ miles to pick up a couple of caches north of town and I guess one of the guys that was there before me that morning dropped his own cache up there…  So, I went back.  🙂

The route is at the bottom, but Penne and I walked a little over 7 miles today for one cache.  Not the first time I’ve done that either.  It was a great day in Las Vegas… it rained the day previous and so the ground was pretty firm and easy to walk on.  There were scattered clouds and lots of sunshine, and the temperatures were in the 60’s.

On the way up to Sarah’s out of the way cache, we found an old wrecked car in a stream bed, and of course had to hide our own cache there.  At first I thought it was an old Datsun but the more I looked and poked around on the Internet I have decided it was a 1975 Mercury Bobcat Station wagon.  There is a picture of it down under the route.   Link to my new cache, Bobcat. 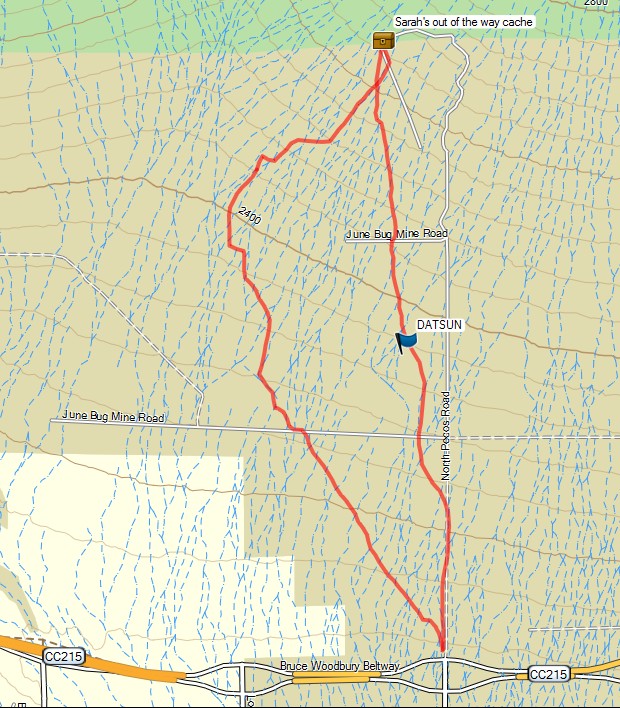 ◀ On the hunt for a Chupacabra
Dirty driving ▶